Dig into the past!

Rates & Hours
About the Boot
Explore the Boot!
Book Today!

Home » About the Boot

In the spring of 1876, the call of GOLD led a flood of miners, merchants, muleskinners and madams to sweep into Deadwood Gulch. The intriguing story of one of America’s last great gold rushes comes to life at Deadwood’s Broken Boot Gold Mine, established in 1878.

At the Broken Boot, experienced guides will help you discover the mysteries and magic of old-time gold mining techniques. Then try your luck at gold panning the same way countless prospectors did here more than 100 years ago. We guarantee you’ll strike gold! And, every one of our guests goes home with a souvenir “share” of stock in this legendary mine. 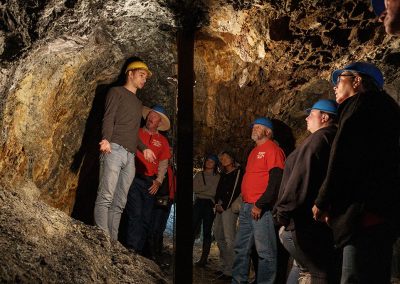 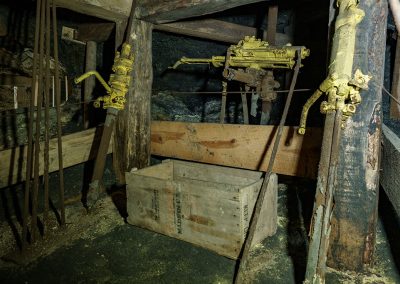 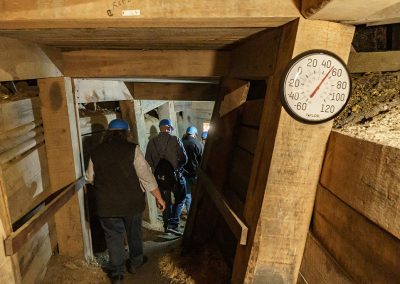 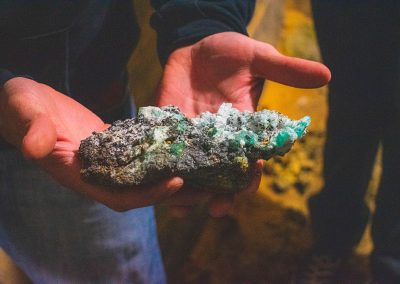 “During the renovations to make it safe for tours, the crews found an old worn boot (among other long-forgotten relics) in a back chamber. Seizing the opportunity, Seim’s daughter decided to rechristen the mine as the Broken Boot.” 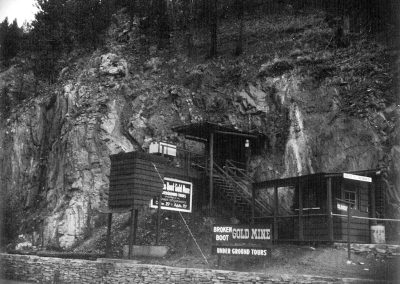 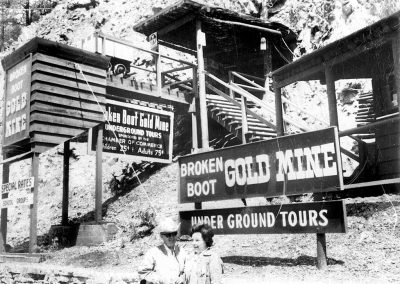 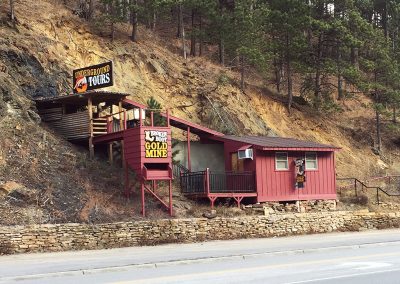 Eager to enter the untamed frontier and become rich on the gold that was surely concealed in it, Olaf Seim and James Nelson came to the Black Hills and dug a mine just outside Deadwood in 1878. Known simply as Sein’s Mine, it produced about 15,000 ounces of gold for its two young owners over a period of 26 years – which wasn’t very much. In fact, the men averaged only about 1.5 ounces of the yellow metal per day.

But gold wasn’t the only metal Seim and Nelson found in their mine. They also found plenty of iron pyrite, or fool’s gold. Fortunately for the miners, iron pyrite was in demand. Since it could be used to make sulfuric acid, which was used in the processing of real gold, the miners could get decent money for iron pyrite. Indeed, the mine made more profit from selling fool’s gold than they did real gold.

But eventually even the iron pyrite wasn’t enough to support the mine. It closed in 1904, only to reopen briefly in 1917. With World War I raging, demand was high for iron and sulfur – crucial components of gunpowder – and Seim’s Mine had enough to become profitable again. But when the war ended in 1918, so did the mine’s lease on life.

Seim’s Mine sat vacant for thirty-six years. In 1954, a group of Deadwood businessmen got together and approached Olaf Seim’s daughter, Mrs. Selma Hebert and her husband John. Selma was Olaf’s only living heir and current owner of the mine. The businessmen wanted to repair the mine and re-open it as a tourist attraction. Selma and John decided to lease it to the businessmen. During the renovations to make it safe for tours, the crews found an old worn boot (among other long-forgotten relics) in a back chamber. Seizing the opportunity, Sein’s daughter decided to rechristen the mine as the Broken Boot.